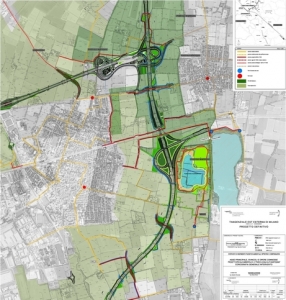 The Milan Outer Eastern Bypass runs alongside the municipality of Pozzuolo Martesana and the Alto Martesana Supra-Municipal Interest Park (PLIS). The project for this area consists of planting tall trees along two broad swathes of some 2 ha each to buffer the long stretch running between the commercial plots envisaged under the PGT plan, south of the Pozzuolo exit, and the stretch of the TEEM that runs through this area.

A large number of water troughs and linking bodies of water form a dense hydrographic grid running predominantly north/south, as is typical of the Mid-Irrigated Plain area. The same area is the site of the Pozzuolo Martesana exit along the “Cassanese” SP 103 road.

Additional work to restore the ecosystem is envisaged for the area between the Roggia Visconti, Torrente Trobbia and Fontanile Cornice junctions (1.5 km).

These environmental improvements are part of a broader reforestation-related project. To conclude, a cycle access system is envisaged as part of the plan for a new Milan-Venice Italian Railways Network overpass. 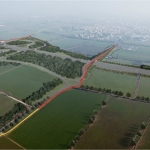 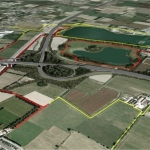 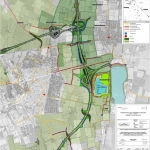